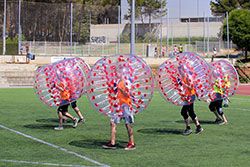 This is the bubble version of the good old ten-pin bowling. One player is the bowling bowl, while the rest of the players will act as cones. The cones are placed in a diamond formation. The bowling ball will then run as fast as he/she can towards the cones. The objective is to bounce as many of the cones as he possibly can. Then we swap bowling balls so everybody gets to try being the bowling ball. The winner is the one that bounces the most cones in two attempts. 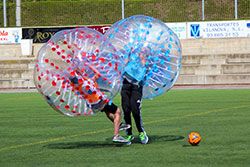 This version of Bubble Football is a football duel. First, we choose one player to be the goalkeeper. Then both teams stand on a line at the midfield of the pitch. We place the ball a few feet in front of the players. When the referee blows his whistle, one player from each team run towards the ball, tries to take the ball and score a goal. Everybody gets to try. The team with the most goals wins the competition.

You probably know this game from school, only this time you will be wearing huge plastic bubbles. One participant stands in the middle of the field, while the rest of the participants stand on one side of the field. When the referee blows his whistle, everybody will try to reach the other side without being caught by the one in the middle. If you are caught, you will join the one in the middle and try to catch the others. The last bubble to be caught is the winner of the competition.

This is Sumo wrestling with bubbles. First, we set up a Sumo ring, and choose to bubble wrestlers. The bubble wrestlers will try to knock their opponent over or push him/her out of the sumo ring. We try to divide you in equal pairs so we get good matches. The winner of each match goes on to the next round. In the end, we have a Bubble Wrestling final and winner of the tournament. 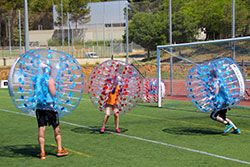 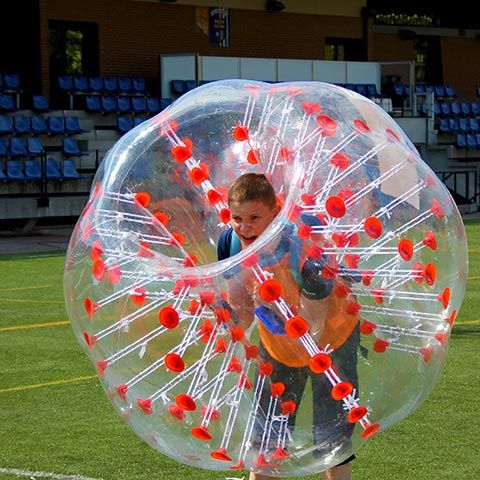 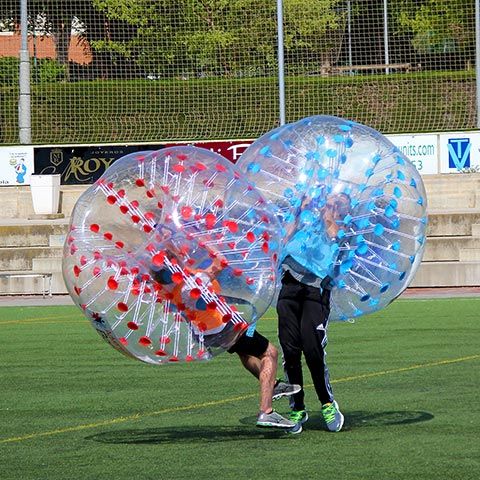 You are protected by your bubble, just start running and bump into your competitors. 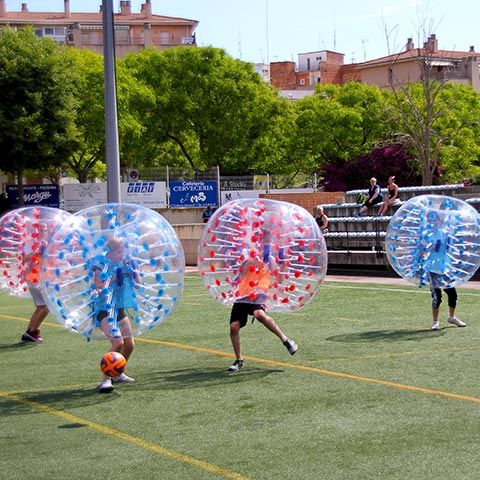 Not just a football match, you can also try "Last Man Standing", "American Football" and other fun games. 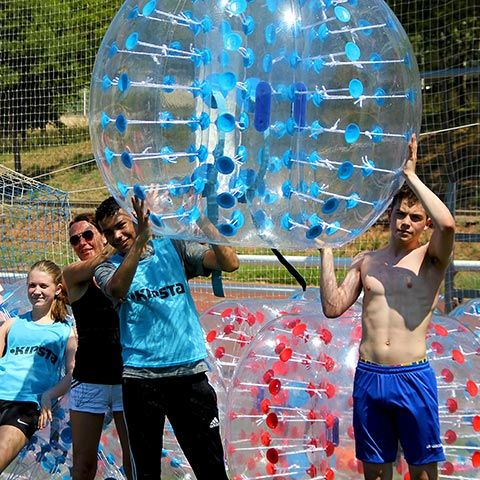 Have a great time!

Bubble Football is awesome! The perfect activity for a group who wants some fun and some laughs!